These are the rules that every participant to the event must know and comply with. Any breach of the rules entitles the organization to apply the corresponding discipline rules and their respective sanctions.

The traffic regulations in force in the law of the country where the event takes place prevail over the rules established by the organization. Knowledge and compliance with them is mandatory, with each driver being directly responsible for the infractions that are commented  against them.

The security forces and bodies of the state will always act in compliance with the laws and to
ensure security, so you must comply with their instructions and recommendations by all participants of the event.

When traveling in a group, a series of mandatory rules must be followed.

The organization will determine the training to follow and these rules will be remembered at the beginning of the route. 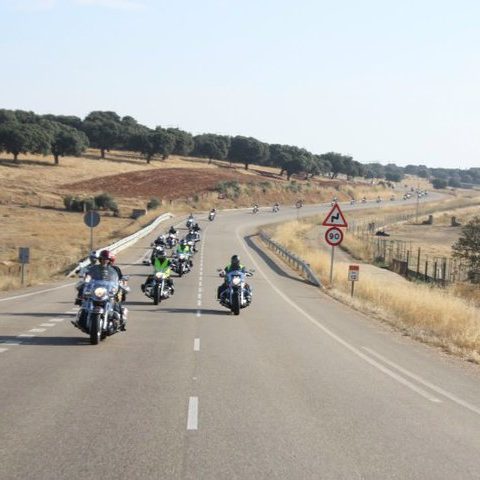 Driving under the influence of alcohol is strictly prohibited.

The organization, provided that it
knows in advance that it must be conducted next, will not include any type of alcoholic beverage.

It is the duty of every participant to know and comply with these norms, therefore the ignorance of these norms does not exempt them from compliance. Failure to comply with these rules will be brought to the attention of the organization for evaluation and appropriate action. 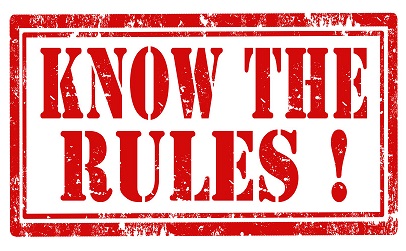 Role of members and group composition

He is the maximum person in charge of the route being in charge of guiding the group along the programmed route, keeping it compact and ensuring the proper course of it, adapting to the needs of the group and attending to all the factors that correspond to the organization of the route ( route, estimated time, intermediate stops, etc.)

In advanced positions, the most new members of the group will be placed, those with limited motorcycles, motorcycles with passengers and in general, those who, due to circumstances, may have more difficulty following the group. In this way, by being close to the head, the Route Chief can have a better awareness of what is happening.

The route manager or designee will form the groups according to the number of participants, and it is the driver’s responsibility to know at each moment in which group they will be filming.

Changes of position in the group are not allowed except in cases of force majeure.

He is in charge of supporting the route chief with his eyes in the back. Close the lane in overtaking and is responsible for staying with the group component that due to problems or other circumstances must stop. Therefore, you must be aware of the route that will be followed to shoot accompanying those who have had to stop due to extraordinary circumstances until they take the rest of the group.

As long as the route manager does not indicate otherwise and as long as the width of the road allows it, the zigzag or 2-column formation will be maintained. 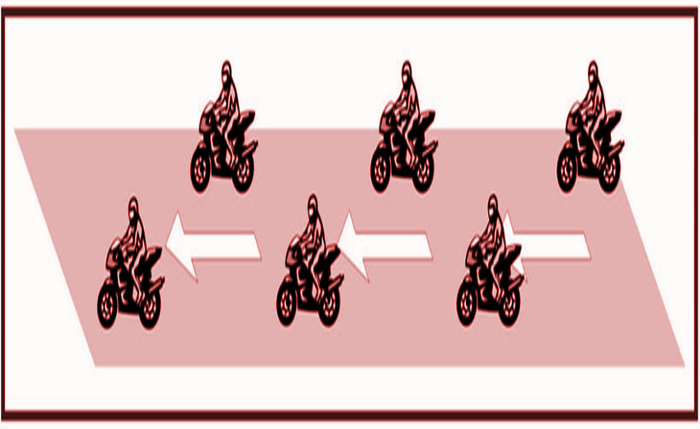 It will be the default formation that will be followed as long as the Route Chief does not indicate otherwise and provided that the route allows to maintain these positions. 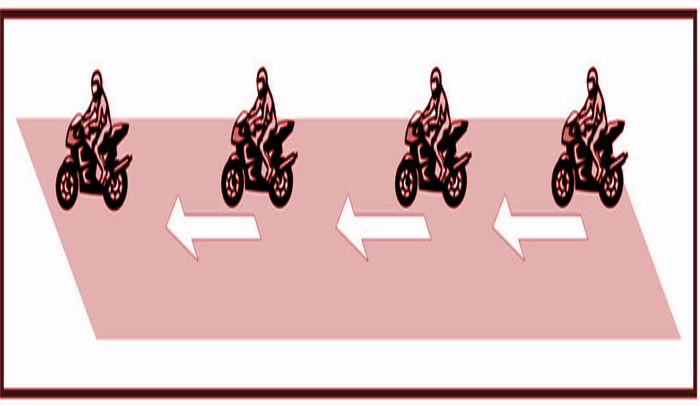 The positions within the group will be maintained throughout the tour. In the event that one of the components leaves the group, the rest will keep the training balanced by advancing a position to cover the place left free. No side crosses should be made to maintain the formation.

The maximum and minimum speeds of the track must always be respected according to the traffic regulations. Each driver must adapt his speed within this range to the speed in which he feels safest but always trying to follow the order of travel marked by the Route Chief so as not to slow down the travel time. If the driver feels that he cannot adapt to the average speed set by the group, he must let the organization know at the next stop.

– Maintain group union.
– Transmit signals from the Route Chief.
– Control those who go ahead and behind you and wait for the one who follows you.
– Don’t slow down without just cause.
– Think about your safety and the safety of others.

Follow the rules indicated for overtaking, stops and more cases. 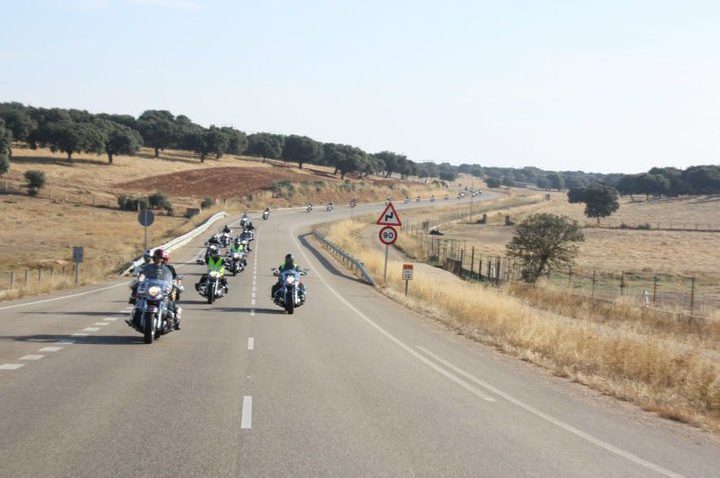 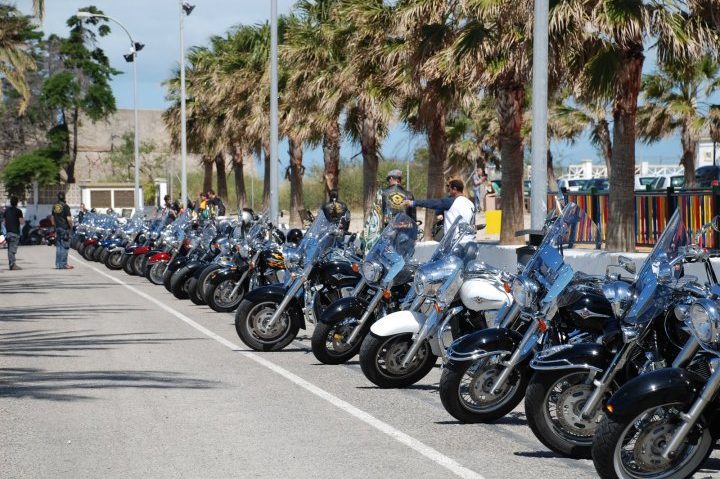 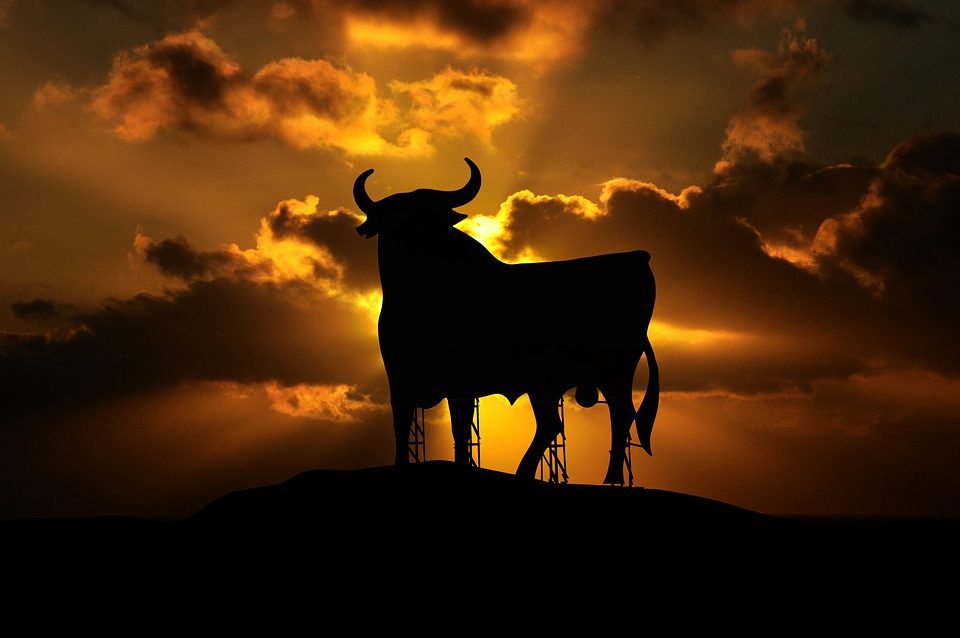 In case of not being able to be done in this way due to traffic circumstances, the overtaking will be carried out as on a single-lane road and waiting for the rest of the group, it will be the route leader who makes the appropriate decision and the closure will ensure easy passage to the rest of the group as soon as possible.

On roads with more than one lane in each direction.

Indication of the Route Chief

From the back to the front, the rest of the group is placed in the overtaking lane.

The turn of the lane will be done from front to back.

On single lane roads per direction.

The overtaking will be carried out individually from front to back when this is possible depending on the traffic circumstances.

If the Route Chief stops, the whole group stops and always in a row one by one, off the road and without getting off the motorcycle to avoid potentially dangerous situations.

Those that are established by the organization and that will be informed before the start of the route.

Indicated by the Route Chief

The Route Chief can make alternative stops due to necessary circumstances such as refueling, breakdowns, regrouping, rest, tourist interest or other considerations.

Breakdowns or circumstances of major cause

When any member of the group needs to stop due to a collapse or force majeure (serious indisposition, illness or not being able to continue the march) he must act in accordance with the indicated steps.

Steps for Stop in Breakdowns or circumstances of major cause

– It will indicate to the group that it is necessary to stop sounding 3 long horn horn and raising the left hand.
– It will let the whole group pass by staying only in front of the closing motorcycle.

– The members of the group that follow will advance to it.
– Only when circumstances permit and once the entire group has advanced (except the closing) will it stop where it is safest and the closing motorcycle will stop with it.

The Route Chief and the organization will indicate the planned route at the beginning of the same and will give instructions for the proper achievement of it. In certain cases, due to traffic circumstances or other considerations, the route manager may change the proposed route during the course of the same.

The group must follow the directions of the group and follow the Route Chief even if this change the route initially planned. 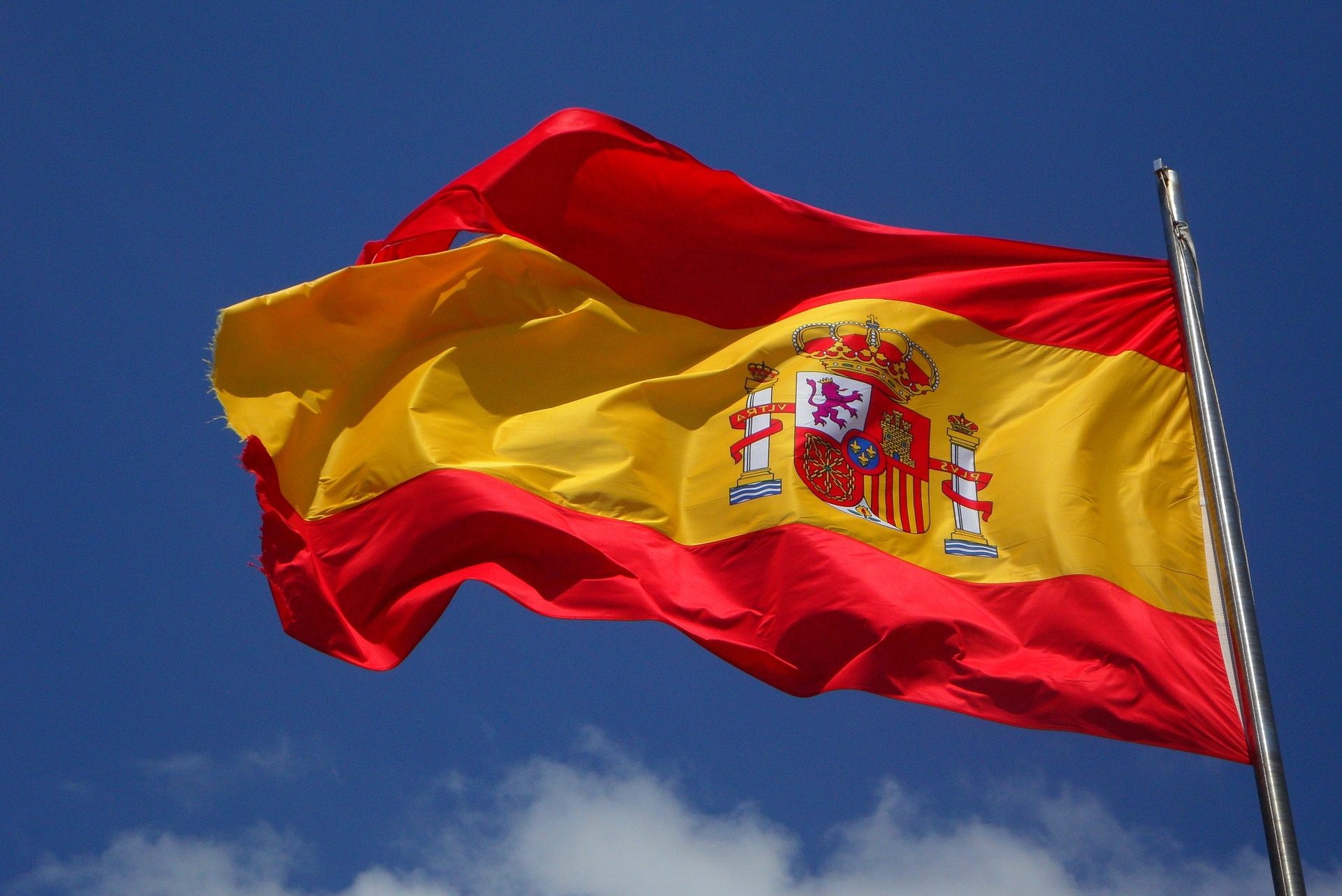 Participants must always follow rules of conduct that respect at all times the normal
development of the event, respect for people and places. 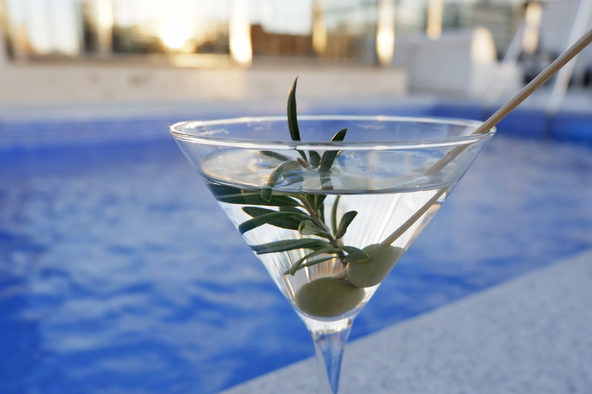 Moderate alcohol consumption is recommended and provided that you should not drive while the effects of it last. Except for any drink that may be served during dinner, the organization does not include any type of alcoholic beverage in its price, and it is the duty of the participant to pay any drink not included in the menus offered by the organization.

Possession of illegal substances is absolutely prohibited and may result in expulsion from the group and repatriation by the participant.

Inappropriate sexual conduct will result in expulsion from the group and repatriation by the participant. 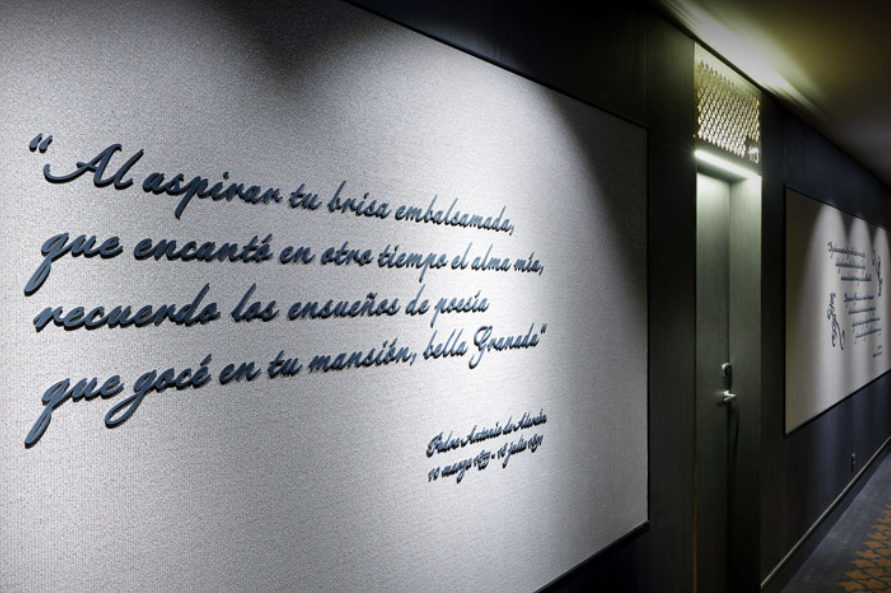 Appropriate Behavior at all moments

Rules of conduct at the hotel and transfers

The participant must be careful with the facilities of the accommodations, places visited, restaurants, and with the vehicles used (transfers or road vehicle). They are personally liable for any damage caused and it is not allowed to leave the hotel until the damage has been paid. In
the event that a hotel refers us to any damage to its facilities, we will investigate as much as possible; but we will finally consider the part of the hotel as definitive.

It will be the participant directly responsible for the payment of telephone calls made from the rooms; as well as extra drinks from the minibar or those not previously included by the organization.

The subtraction of the rooms of the items of the household items or furniture is prohibited being responsible for the cost of the same that violates this rule.
It is the responsibility of the participant to secure their valuables, documentation and money. It is recommended not to leave anything in the rooms without being under the corresponding safe deposit boxes.

We must respect the dream of others and the rules of behavior in the accommodations in which the event takes place. Any conduct that involves altering the order and rest of others may result in disciplinary actions by the organization. 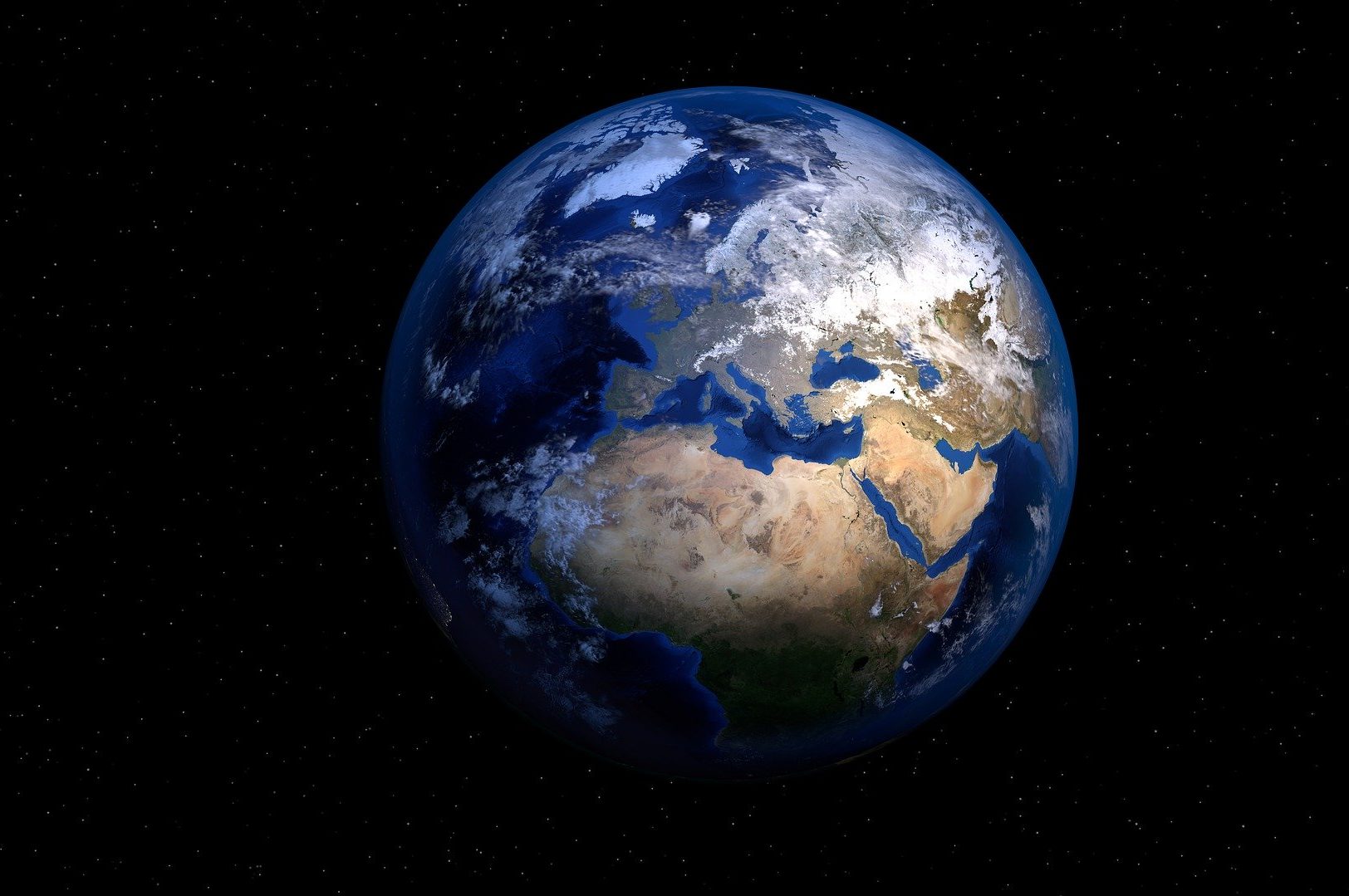 You should always go to breakfast / lunch / dinner with the group. In the event that the
participant does not wish to participate in any of the meals that the group has scheduled, the
corresponding amount will not be paid and the expenses of the meal they make must be paid
from their account.

It is the responsibility of the participant to inform the organization beforehand if they have any special requirements for food or allergies to food or other products they suffer.

The organization after the initial communication of the participant will have these factors in
consideration to provide those meals that fit their circumstances.

No changes will be allowed in the menus that will be previously submitted except for
circumstances arising from health problems.

Participation in the activities

The activities included for the group require your participation. Except for reasons of force
majeure, participants must go to the group with them. In case of not being able to attend, no
amount will be refunded as it is included in the price and you must contact in advance in case
you cannot attend any scheduled activity.

During the periods established as “free time” participants must maintain civic behavior
standards within the current law. It is recommended for security reasons to inform the
organization as far as possible of the places where it is intended to go.

They may involve the expulsion of the participant being responsible for paying the costs incurred for the damages caused, their transfer and accommodation or the changes in the relevant airfare.

They may involve the exclusion of activities or part of the participant’s journey, being the
person responsible for paying the expenses derived from the measures to be adopted and the damages caused.

The repetition in this type of faults will entail the taking of measures as in the Very Serious
Causes.

It will be the responsibility of the participant to pay the corresponding expenses of his fault and will be warned by the organization that the repetition in this type of faults may entail the appropriate measures for Serious or Very Serious faults.